A high octane wild ride that was loads of fun!

Singing “On the road again….can’t wait to….

Did it matter that it was kinda far-fetched? NO -This was one fun mom to the rescue, action packed thriller with lots of what just happened detours.

I wasn’t expecting this to be such a frantic paced page-turner so I was pleasantly surprised at how much it held my attention. I loved the mom character, Karen. She was willing to do anything for her son, Joshua. And you won’t believe how far she goes. I really started to care about her and Josh and was rooting for them all the way! Go team Karen!

I love an entertaining tale of a bungled crime and despite the unlikelihood of all these things that transpired, I still Loved it!

Some of my thoughts while reading… Oh no, what just happened?/ madness/ craziness/ one hilarious mishap after the next/ quick call the this could never happen police/ bloody h*ll/ never expected her/him to do THAT

For fans of fun, entertaining reads that are part action, part thriller, with some hilarious tidbits of a crime gone wrong. 4 Binge worthy STARS

P.S. I purchased Tom Hunt’s debut novel, Killer Choice so I get have some more fun.

The author of Killer Choice, a thriller “full of shocks and twists you won’t see coming” (Lee Child), delivers a nail-biting novel about a hit and run, and a lie that goes horribly wrong…

Her son accidentally kills a man.
They cover it up.
Then everything goes wrong.

When eighteen-year-old Joshua Mayo takes a man’s life in a horrible accident, he leaves the scene without reporting the crime to the police. He hopes to put the awful night behind him and move on with his life. But, of course, he ends up telling his mother, Karen, what happened.

Karen has raised Joshua on her own in Cedar Rapids, Iowa–and she’d thought they’d finally made it. He was doing well in school and was only months from starting college. After hearing his dark confession, she is forced to make a choice no parent should have to make, one that draws them both into a web of deceit that will change their lives forever–if they make it out alive….

Check out all the wonderful Book Bestie Reviews! 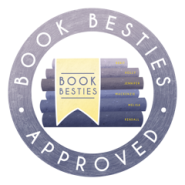