The first new novel in four years from the beloved superstar author of Sarah’s Key, a heartbreaking and uplifting story of family secrets and devastating disaster, in the tradition of THE NEST.

The Rain Watcher is a powerful family drama set in Paris as the Malegarde family gathers to celebrate the father’s 70th birthday. Their hidden fears and secrets are slowly unraveled as the City of Light undergoes a stunning natural disaster. Seen through the eyes of charismatic photographer Linden Malegarde, the youngest son, all members of the family will have to fight to keep their unity against tragic circumstances.

In this profound and intense novel of love and redemption, De Rosnay demonstrates all of her writer’s skills both as an incredible storyteller but also as a soul seeker.

I will start with the tree. Because everything begins, and ends, with the tree. The tree is the tallest one. It was planted way before the others. I’m not sure how old it is, exactly. Perhaps three or four hundred years old. It is ancient and powerful. It has weathered terrible storms, braced against unbridled winds. It is not afraid.

The tree is not like the others. It has its own rhythm. Spring starts later for it, while all the others are already blossoming. Come late April, the new oval leaves sprout slowly, on the top and middle branches only. Otherwise, it looks dead. Gnarled, gray, and withered. It likes to pretend to be dead. That’s how clever it is. Then, suddenly, like a huge explosion, all the buds flourish. The tree triumphs with its pale green crown.

No one can find me when I’m up here. I don’t mind the silence. It’s not really silence, because so many small sounds fill it. The rustle of the leaves. The moan of the wind. The buzz of a bee. The chirp of the cicadas. The flutter of a bird’s wing. When the mistral is up and rushes through the valley, the thousands of branches swishing sound like the sea. This is where I came to play. This was my kingdom.

I tell this story now, once, so that I don’t have to tell it again. I am not good with words, whether they are spoken or penned. When I’m finished, I will hide this. Somewhere where it won’t be found. No one knows. No one will. I’ve never told it. I will write it and not show it. The story will remain on these pages, like a prisoner.

“IT’S BEEN LIKE THIS for the past two weeks,” says the listless taxi driver. The rain pours down, a silver curtain, hissing, obstructing all daylight. It is only ten o’clock in the morning, but to Linden, it feels like dusk glimmering with wetness. The taxi driver says he wants to move away for good, flee Paris, find the sun, go back to balmy Martinique, where he is from. As the car leaves Charles de Gaulle Airport and edges along the jammed highway and ring road that circles the city, Linden cannot help agreeing with him. The sodden suburbs are dismal, clustered contours of cubic volumes bedecked with garish neon billboards flickering in the drizzle. He asks the driver to turn on the radio, and the man comments upon his perfect French, “for an American.” Linden grins. This happens every time he returns to Paris. He replies he’s Franco-American, born in France, French father, American mother, he speaks both languages fluently, with no accent at all. How about that, eh? The driver chortles, fumbles with the radio, well, monsieur certainly looks like an American, doesn’t he, tall, athletic, jeans, sneakers, not like those Parisians with their fancy ties and suits.

Check out the Bestie Reviews for this one! 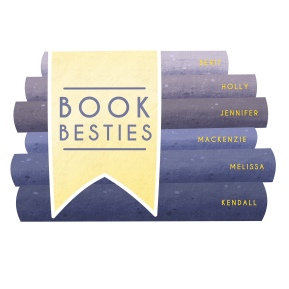