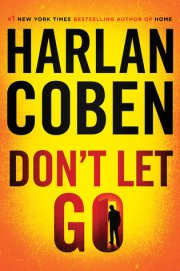 A New Jersey cop, Nap, a baffling murder case that brings back the unsolved case and unsettling memories of the death of his twin brother Leo and his girlfriend, Diana 15 years earlier. Not only that, but Nap’s high school girlfriend, Maura who had broken up with him, disappeared. Was she connected some how?
A new murder investigation of a Pennsylvania cop, Rex Canton, who was also one of his high school classmates brings back all the circumstances and questions about the their unsolved deaths 15 years earlier. Maura’s fingerprints are found in the car of the suspect in the Rex Canton case and Nap quickly starts making connections.

Will Nap solve this present-day case and finally discover the truth behind his Leo and Diana’s deaths? Will he ever see Maura again? What caused her to vanish 15 years earlier?

An excellent and fast-paced mystery with many surprises! A great plot that moves along quickly as you try to help Nap sort out the clues! Coban fans are in for a treat!

With unmatched suspense and emotional insight, Harlan Coben explores the big secrets and little lies that can destroy a relationship, a family, and even a town in this powerful new thriller.

Suburban New Jersey Detective Napoleon “Nap” Dumas hasn’t been the same since senior year of high school, when his twin brother Leo and Leo’s girlfriend Diana were found dead on the railroad tracks—and Maura, the girl Nap considered the love of his life, broke up with him and disappeared without explanation. For fifteen years, Nap has been searching, both for Maura and for the real reason behind his brother’s death. And now, it looks as though he may finally find what he’s been looking for.

When Maura’s fingerprints turn up in the rental car of a suspected murderer, Nap embarks on a quest for answers that only leads to more questions—about the woman he loved, about the childhood friends he thought he knew, about the abandoned military base near where he grew up, and mostly about Leo and Diana—whose deaths are darker and far more sinister than Nap ever dared imagine.

Leave a Reply to Holly B / Dressedtoread Cancel reply